On March 26th, 2017, Serve the City kicked off its first ‘Cross the Line’ Community Dinner, which aimed at crossing lines to build bridges and connect people from different walks of life and different parts of society in the city of Maastricht.

Both the guests and volunteers were a mixture of first-timers and familiar faces. When asked how they heard about the event, most said through word of mouth from friends and family. It was a beautiful and enjoyable experience. One of the guests described it as lively and bright like the weather we had that day! During the course of the evening, people got to meet and speak to new people that they probably would otherwise not have. Some people even made plans to meet up again later that week. For some, even if they didn’t socialize much, they really enjoyed being a part of the volunteer team, seeing everyone put in their best efforts and seeing different people work together to make that evening possible. In addition, there was a great spread of food, brought by several volunteers, which, as rightly described by another one of the guests, was “a delightful spectrum of flavour”. Guests and volunteers also really appreciated the availability of childcare, allowing the children to have fun getting their faces painted, playing games and running around being kids whilst their parents could relax, enjoy some great food and get to know other parents, knowing that their children were in safe hands.

Overall, the aim of lines being crossed was achieved, but we’re looking forward to even more line crossing in the future! We hope you come and join us as we do once every month!

This message is only visible to admins.
Problem displaying Facebook posts. Backup cache in use.
Click to show error

Error: The user must be an administrator, editor, or moderator of the page in order to impersonate it. If the page business requires Two Factor Authentication, the user also needs to enable Two Factor Authentication. Type: OAuthException
Copyright © All Rights Reserved | Serve the City Maastricht is part of the network Serve the City International 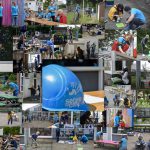 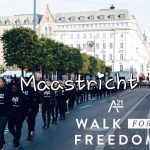